My journey with photography started off pretty aimless. I was always interested with the medium, but only decided to pursue the hobby during a trip to Italy at the start of 2018. I had been enjoying snapping shots, feeling like a tourist, but it didn’t feel special. After spending every waking moment with my parents, grandparents, and an aunt for the week, I needed to get out on my own for a little. On the last day I walked around Venice for something like 6 hours, shooting here and there. I walked through the University, past students smoking and enjoying the break. I strolled past tabaccheria here and restaurant there, watching locals relax against the setting sun. At one point, a football appeared at my feet. Looking up I saw a posse of school children, and joined their game. Expectedly, they were far better at the sport. It would be unfair to say I was a local, but I certainly didn’t feel like a tourist by the end of the night. Almost back home, I passed this canal. The light and mood summarized the day, I finally felt like I belonged, just one night before leaving. I’ll be back one day. 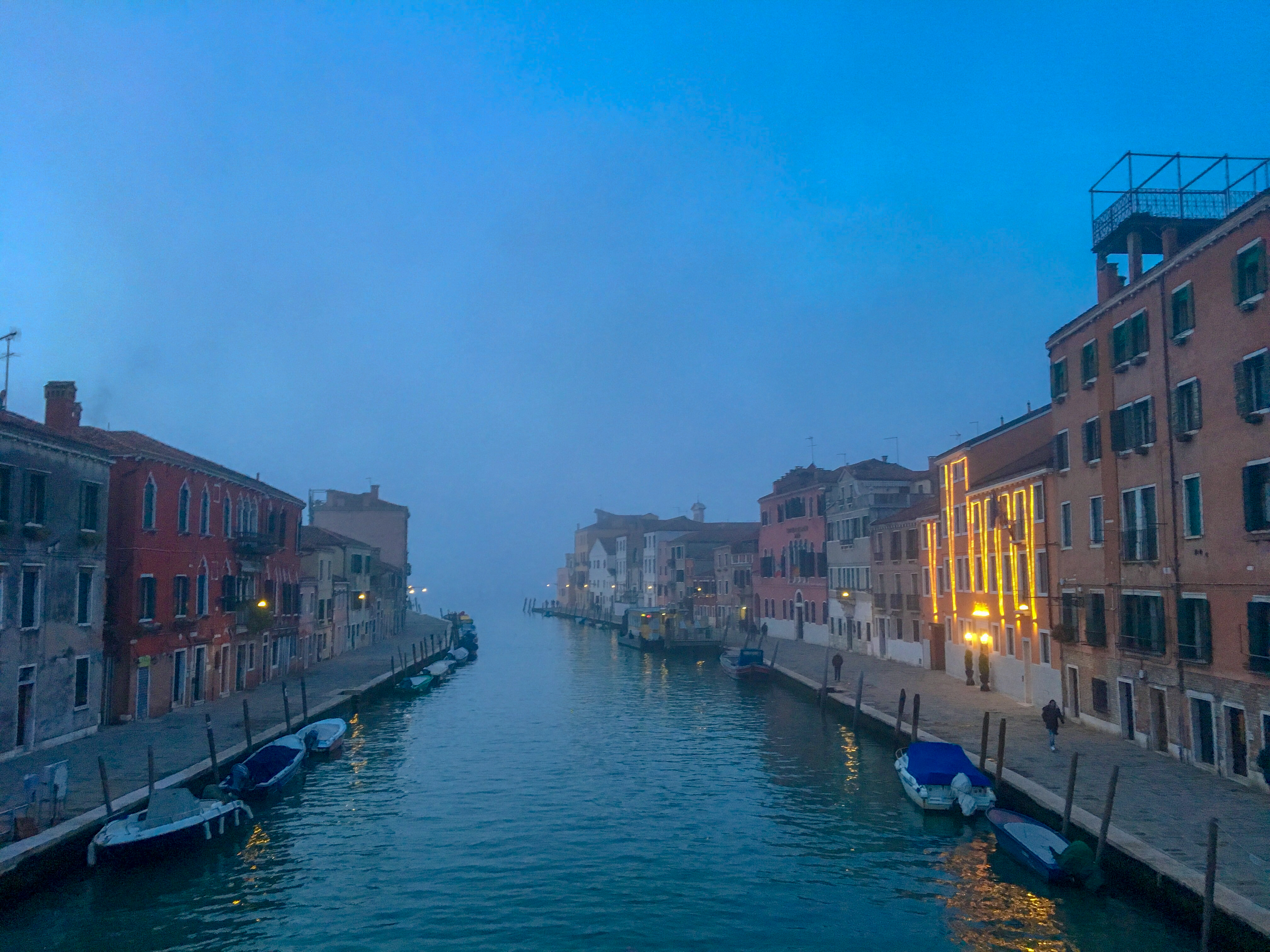 In retrospect, I think upping the saturation of this piece took away some of the mood. It’s too blue, and the fakeness detracts. The central curve on the canal adds a nice piece of intrigue to the photo, but I think I could have framed it better. Had I owned my camera then, I would have taken a long exposure to get a glassy look on the water. All in all, this was one of my early photos I was quite proud of.